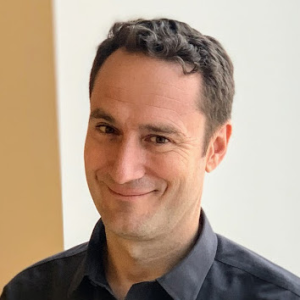 Making What People Want, Where They Want It

Y Combinator‘s motto – “Make Something People Want” – is a timeless North Star for startups. But how do you figure out what people want? The PingPod story – the founding insight, the creation of a new kind of Ping Pong venue, and the unlocking of latent demand – is a good example of how the process works for an experiential technology company.

The best founding insights often start with a founder saying either “I want this product or service to exist,” or “this product or service sucks – and I can do better.” The first is invention: something doesn’t exist in the world, so you create it. The second is problem solving: something exists, but it’s broken. Transformative startups often combine both: they invent something in order to solve a big problem.

The founding insight is usually inspired by a problem directly experienced by the founder. The danger in this is that you may identify a problem that only matters to you and a handful of other people. But starting with your own problem also means you care more than most people, you are deeply interested in the subject matter, and you’re likely to have an emotional connection to other customers struggling with a similar issue. Meaning, interest, and empathy push you to look for inventive solutions that more casual observers might not – and stay true to your vision even when the doubters say: “That Will Never Work.”

Flashback to 2019 – New York City. Ernesto Ebuen was a six time Filipino table tennis national champion, a nationally ranked player in the U.S., and a top coach in New York City. Max Kogler was the COO of a youth soccer company. David Silberman was an equity research analyst at UBS. All three of PingPod’s founders were passionate Ping Pong players, facing the same problem: there were limited quality venues in New York City for them to play the game they loved. The solution each of them wanted – a convenient, well-lit, high-quality venue to meet and play with other table tennis enthusiasts whenever they wanted – did not exist near their homes. So they invented a new kind of Ping Pong venue. David came up with the idea to build an autonomous Ping Pong studio, accessible on demand through your phone, and open 24 hours a day, 7 days a week.

Plenty of people told Max and David and Ernesto it wouldn’t work. People wouldn’t pay to play Ping Pong. People wouldn’t play during off-peak hours. People would trash the venue and/or steal equipment with no staff onsite. But the founders believed in their vision, and they were determined to turn it into a reality. They believed that if they could create the venue they wanted, with floor-to-ceiling windows, in a high-traffic urban area, and fill it with an initial group of enthusiasts, it would advertise itself to people walking by on the street. Ernesto moved his coaching practice to the Pod, jumpstarting the community. And that was enough to activate the initial Pod, and get the word-of-mouth started.

Solving a niche problem is admirable, but it’s unlikely to create a big business. The best businesses operate on a larger scale, making something that a lot of people want.

Back in 2019, the founders of PingPod didn’t know how many people wanted an autonomous, convenient, high-quality venue to play Ping Pong – but there were reasons to believe there was latent demand to be unlocked.

According to Statista, there are more than 16 million table tennis players in the United States. An even larger number have at least tried the game – in a basement, at the office, or on the back porch at home. According to another report, Ping Pong is the third most popular sport in the world. But how many people who live in big cities have a place to play?

In June 2022, the average rental price for a one-bedroom apartment in Manhattan was $4,278. According to another source, the median rent in Manhattan is $6,107. The situation is similar in most large cities in the U.S.. And beyond rent, inflation is the highest it’s  been in 30 years. You’d need to be extraordinarily wealthy to have a Ping Pong table in a big city apartment. But what if that cool room with a table, paddles, and a replay button to capture your best rallies was across the street, and available on demand?

Since PingPod’s launch, more than 30,000 people have signed up, more than 100,000 reservations have been made, and more than 150,000 hours of Ping Pong have been played at our Pods. And our customers aren’t all hard-core table tennis enthusiasts. Couples go on dates at a Pod. Friends meet up to hit around. Kids take classes and catch the table tennis bug. It’s clear people want a PingPod.

In New York City, we now have Pods on the Lower East Side, Midtown West, Upper East Side, Astoria and Williamsburg, with locations coming in Downtown Brooklyn, the Upper West Side, and a second location on the Upper East Side. Our goal is for everyone to have a Pod conveniently located in their neighborhood. We’re well on our way to making that vision a reality in New York, with other cities following suit (Philadelphia, Miami, Boston, Fort Lee, and Chicago).

With PingPod, we’ve created a technology (an autonomous Ping Pong Studio) that delivers a product people want (a high-quality Ping Pong venue), where they want it (in their neighborhood). We’ve unlocked latent demand by operating autonomously, enabling city dwellers to engage in an activity that would otherwise be cost-prohibitive if limited to the confines of their homes.

Starting with meaning, interest, and empathy for our Ping Pong community, we’ve created a solution that people want and need. And this is only the beginning. Our technology, which allows PingPod to operate autonomously, is extensible to other experience verticals, offering more opportunity to solve pressing problems – and give people exactly what they want, where they want it.

If this post resonates with you we would love you to join the movement. Download the PingPod app or head to www.pingpod.com.

See you at the Pod!

Manage Cookie Consent
To provide the best experiences, we use technologies like cookies to store and/or access device information. Consenting to these technologies will allow us to process data such as browsing behavior or unique IDs on this site. Not consenting or withdrawing consent, may adversely affect certain features and functions.
Manage options Manage services Manage vendors Read more about these purposes
View preferences
{title} {title} {title}